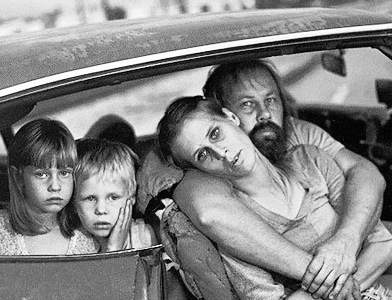 Of course I started the article with that salacious statement to get your attention. I am usually at a conference or listening to charismatic sermons and I hear this statement on a regular basis, “We need to break the generational curse!” I am not sure what basis this sentiment comes from. If it is a generic statement that people believe then they will need to expand it for me to clearly understand what they mean.
I have a sneaky feeling that it has a biblical reference so I went on a journey to discover what biblical curse did we need to fight against?
The talk of generational curses being connected to generations of families begins in Exodus 34:6-7 (6 And the Lord passed before him and proclaimed, “The Lord, the Lord God, merciful and gracious, longsuffering, and abounding in goodness and truth, 7 keeping mercy for thousands, forgiving iniquity and transgression and sin, by no means clearing the guilty, visiting the iniquity of the fathers upon the children and the children’s children to the third and the fourth generation.”) The same thing is repeated in Numbers 14:8 and Deuteronomy 5:9. Yet in Deuteronomy 24:16 the Lord states: 16 “Fathers shall not be put to death for their children, nor shall children be put to death for their fathers; a person shall be put to death for his own sin. Finally in Ezekiel 18:19-20 the Lord affirms: 19 “Yet you say, ‘Why should the son not bear the guilt of the father?’ Because the son has done what is lawful and right, and has kept all My statutes and observed them, he shall surely live. 20 The soul who sins shall die. The son shall not bear the guilt of the father, nor the father bear the guilt of the son. The righteousness of the righteous shall be upon himself, and the wickedness of the wicked shall be upon himself.
What are you getting at Angela? I believe the scriptures above speak for themselves: God began with a generational curse position but later rescinded that position during the prophetic ministry of Ezekiel. God has made it clear that each of us will be held accountable for our actions.
Also please remember this is a curse that was proclaimed against the children of Israel not gentiles. Also please remember that everything I quoted is found in the Old Testament. The Old Testament reflects the law and we are no longer under the curse of the Law. The Apostle Paul tells us that we have a better covenant and better promises than times before -- it’s called a dispensation of Grace.
Now there is curse that began in the Garden of Eden that all of us are still bound to and it’s been spoken of in both the Old Testament and the New Testament. That curse won’t end until the new heavens and new earth become a reality which is not slated to materialize until the second coming of Christ. 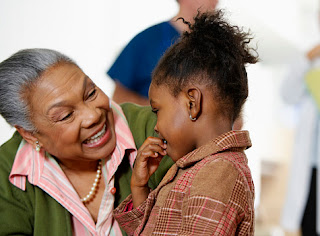 Let’s see what the bible says about this curse: “Cursed is the ground for your sake; In toil you shall eat of it all the days of your life. Both thorns and thistles it shall bring forth for you. And you shall eat the herb of the field. In the sweat of your face you shall eat bread till you return to the ground. For out of it you were taken; for dust you are and to dust you shall return.” (Genesis 3:17B-19)
When Adam and Eve were placed in the Garden they were placed in an incorruptible venue. If they had just kept the command of God they would have lived forever in bliss. You ask how do I get to that position? I am glad that you’ve asked I have an answer for you. In the Garden of Eden was the Tree of Life – eternal life. A tree, if they (Adam and Eve), had eaten from it would never have died. There were no weeds, no decay in the Garden before that fateful day that Adam and Eve decided to disobey God. When Adam and Eve were cast from the Garden it is stated that it was because the Tree of Life had to be shielded from them because they were now subject to death as God has promised in His admonition to them. (Genesis 3:22-24)
It is also important to note that the generational curse discussed early that was earmarked for the Jewish community – is not tied to the original curse that came about due to Adam who reflected all mankind. Romans 8:20-22 tells us: For the creation was subjected to futility, not willingly, but because of Him who subjected it in hope; 21 because the creation itself also will be delivered from the bondage of corruption into the glorious liberty of the children of God.
So the only biblical day curse that the body of Christ can be teaching about is the original one that we can do nothing about until the day of Christ return.

If I were to encourage you regarding fighting for your family. It would have nothing to do with a curse, it would have everything to do with wanting to ensure that you all can hang out together at the return of Christ. Labor in prayer and be an example to your unsaved family members. Labor in prayer and be ab example to your friends and co-workers. Our focus should be on and in concert with God’s desire. He wish that none would perish but that all would come to the saving knowledge of Christ (2 Peter 3:9)
This is why you must study to show yourself approved so that you will not be tossed to and from by every wind of doctrine. (2 Timothy 2:15 - 15 Study to show thyself approved unto God, a workman that need not to be ashamed, rightly dividing the word of truth.)
Be encouraged!! I share this information because I want you all to be victorious Christians and the only way for you to be one is for you to know the truth for yourself!! This is a perfect example as to why you can’t simply take what is said from a pulpit as the truth – but you must be like the Berean’s in the bible, who after Paul the Apostle taught them, they went home and searched the scriptures for themselves to prove for themselves what he was saying was truth, and know that you know that you for yourself!!﻿
Email ThisBlogThis!Share to TwitterShare to FacebookShare to Pinterest
Labels: Blog