Q. My fiancé wants me to sign a prenuptial agreement. I’m personally offended and I feel that a prenuptial is a sure sign of his mistrust in me. What should I do? 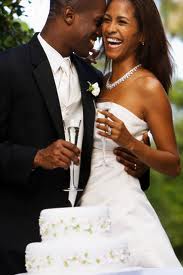 A. Trust is an important part of any successful relationship just as wisdom is. Prenuptials only come into play when you’ve acquired a certain amount of wealth prior to meeting the person you’ve decided to marry and the person with the most to lose doesn’t completely trust that this union will work out and for safety sake, they are hedging their bets. The Bible tells us to use wisdom. Prayerfully you’re marrying the person other than for the things he’s acquired. I am one who believes that a person who has established him or herself before meeting the person they marry should have a sense of safety nestled in their marriage. What if you leave this person? What if all that glitters in the beginning is not gold later on? I know there’s great debate on this issue and there are those who disagree with me. I have been told that Christians trust God and if a man or woman is asking for a prenup then their intentions can’t be right. I submit that you have to search your heart, pray on it, and ensure that this marriage is of God and not of yourselves. What is more important here is not the prenuptial but the understanding and respecting of a marriage covenant. Don’t rush into marriage. If a person is asking for a prenup, maybe your union is too soon. This happens quite a bit to Christians, especially those who use sex as the impetus for marrying, you know don’t fornicate and all. While that has validity there must be much more to this marriage than sex sanctioned under a marriage certificate. Maybe that person isn’t really right for you? Take the time to make sure you are both committed to a life- long marriage – one that believes and supports until death do we part. Ensure that you both are enrolled in sound Christian marriage counseling before marriage. Ensure that you are evenly yoked in every area of marriage; child rearing, finances, spirituality, and all family matters. Find a couple that has been married for at least ten years and show signs of having a strong biblical marriage. Let them counsel you also. You need to be sure that you are marrying a man after God’s own heart as well as you need to be sure that you are truly the help mate he needs to perform all his duties to you. Don’t let the prenup concern you, let the heart of the man who loves the Lord and demonstrates it in a tangible way be the barometer for your martial decision. In the end if you both trust God, trust each other, and have taken the time to really know each other and a prenup is being asked for, maybe the person really does know you and still wants to marry you in spite of.
Email ThisBlogThis!Share to TwitterShare to FacebookShare to Pinterest