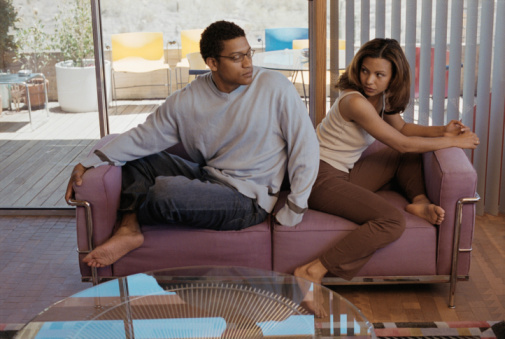 I say that to quickly get your attention because it’s simply time someone said it so deal with it. In the end I pray this will help each of us revisit the choices we are making and accept the fact that in so many ways we are our own worst enemy and that we are not the victim instead we’re the perpetrator. Perpetrator you ask? How in the world can I be my own perpetrator when it’s the person I returned to doing the harm?
A dog when it vomits returns to it and generally eats it. When you vomit up something it’s because what was ingested didn’t agree with you. Take the hint. Your body is rejecting it. Likewise do like your body, reject anything that is not good for you.  Like life, so many of us walk away from things that have meant us no good.
·         A relationship
·         An acquaintance
·         A friend
·         A job
·         A church
And the list goes on. You stick in there any area you’ve walked away from only to return to its abusive, unhealthy, unproductive, unfulfilling, dead end – going nowhere situation only to look back and even dare I say long for the very thing that brought and meant you no good. I ask the question only you can answer – what is that about? Very few animals where being pursued for the kill look back and walk with eyes wide open into the very danger zone. Animals can sense danger and they run the opposite way. Human’s, many of them, sense danger, know the devourer intimately, know his/her ways, habits, and have experienced the outcome and yet when that eventful day comes, when the predator comes a knocking, hesitantly maybe, nonetheless you open that door and you invite them in.
I stated in last week’s article that you can’t handle the truth. The truth doesn’t only come from what has been said it also comes from experience. If that relationship ended up nowhere, especially if it ended up some place far from what you wanted, expressed/communicated then why in the world would you return to something or someone who lacks the ability to be anything more than who they are, which isn’t a bad thing, it’s just an unfortunate reality. How many times do you need to be kicked in the gut, abandoned, cheated on, humiliated, lied to, and thorn away like an old filthy rag before you stop the insanity and stop returning to your own vomit?
There’s a saying “I can do bad all by myself.” There’s another saying directly from Angela Harris herself, “If anyone can’t accept me and treat me like the royalty I know I am, then it’s simply their loss,” adding Beyoncé's wording – “to the left, to the left, to the left,” while I go to the right – which in case you didn’t understand that means I go in the opposite direction. In the bible Abraham and Lott’s people were quarrelling and couldn’t get along. Wisdom said to Abraham you need to separate and go your separate way. Abraham followed wisdom’s advice and gave Lott the first pick as to where he wanted to go and Abraham took the opposite path.
One could learn from that example.
Angela what are you saying? I’m saying if you attend the same church with someone who has meant you no good leave the church and find your own home. I know someone is challenged with that, trust me, I challenge someone to make a better suggestion. It’s nothing but mess to stay with and where anger, bitterness and jealousy resides it will only eat at you like cancer. Use the same principles for every other situation identified.

Don’t get me wrong you can believe you love that person, know this, you can love someone and realize that neither of you are good for each other. The biggest problem is our definition of love, or our eschewed definition of it.  We all encounter various events and people who after further research we realize that they are Memorex and not the real thing. It imperative for sanity sake that we eradicate them from our lives that we don’t do like Lott’s wife and look back only to turn into a pillar of salt – stuck in limbo not able to move forward.
There are many things in our lives that we shouldn’t reflect on – that is not reflect on to return too but to ensure we never repeat the same horrible mistakes ever again. If we don’t learn from our experiences we are destined to repeat them OVER and OVER again.
You have been warned so I end as I began – stop returning to your own vomit!
Email ThisBlogThis!Share to TwitterShare to FacebookShare to Pinterest
Labels: Blog, Relationships