Punishment Versus Discipline: Focus on Obedience 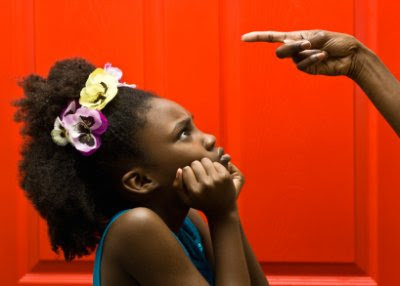 I was having a conversation today regarding discipline or the lack there of.  This conversation sparked this article. I believe that everyone craves or better yet appreciates discipline – secretly and maybe even unconsciously. There needs to be a well-balanced use of discipline in order for it to be effective. Here is my simplest comparison. Remember the story of Goldilocks and the three bears. There were three components considered in order for Goldilocks to find the perfect place to rest in. There was one that was too hot and too hard, another that was too cold and too soft and then finally she encountered elements that were just right.
Let’s glean into the components of each type of discipline and disciplinarian:
Discipline given too hard can make one more rebellious, one more hardened, and potentially more violent. Anyone trying to get the one being disciplined to correct unacceptable behavior may obtain moments of obedience, but in the end finds an embittered person who doesn’t respect the intent or care too much for the person doing the disciplining. The actions used to correct unacceptable behaviors are seen as punitive and believed by the one being disciplined that great pleasure is being obtained by the one disciplining. In this instance the person holds a grudge or worse never re-embraces the one who was disciplined making the one disciplined feel as though your love, if ever shown, is only given if the child or other submissive individual walks the straight and narrow. This one reprimands harshly when needed but never compliments when the one being disciplined does something worthy of praise.

Then there is the one who disciplines with no firmness (too soft) and with no real conviction (too cold). This disciplinarian is inconsistent, incoherent, and generally given based upon an overall frustration rather than the situation at hand, meaning the person doesn’t quite understand why the one disciplining is so angry. The one needing discipline can repeat unacceptable behavior and not receive any recriminations for that behavior then one day, wham, the one disciplining loses it and takes out all of their pent up anger on the unfortunate one who chose the wrong day to do what you found no need to correct in the past. No wonder the child is confused.
Then there is the correct discipline. Discipline that is firm, consistent, controlled, and most importantly given by the one the person being discipline respects, beyond fear, but the one being disciplined clearly understands and believes that the one disciplining is doing it because they truly want the one being disciplined to be better for it. They want them to learn from the correction and prayerfully exhibit a character that has been shaped and molded by both correction and praise. This one, when the energy cools down, is embraced, told they are loved and explained to as to why the behavior exhibited is absolutely unacceptable every single time they do it.
This is the same discipline we receive from our heavenly Father. We are told that He whom He loves He chastens. When we are lovingly and firmly chastened we truly understand that the main source of the follow through is love. Love that insists and is committed to being the role model and the example that the one being disciplined may mirror in later years. This disciplinarian is one who lives by their own code of ethics (not do as I say not as I do). A consistent standard in the home allows all to understand what is expected and generally you find all abide by those consistent standards. This lines up with choices and consequences. Rules are followed and if they are not then there are consistent consequences.

The giving of discipline and the personal institution of discipline is a part of every area of our life if we desire to live a successful life. We must have discipline in the following areas:

•Our diet
•Our relationships (all of them - God, children, friends, spouses, and coworkers)
•Our health
•Our attitude
•Our pursuit of dreams and goals
•Our conduct

It is by our follow through in the above areas that those around us see the real us and prayerfully follow the example that is laid before them.
Email ThisBlogThis!Share to TwitterShare to FacebookShare to Pinterest
Labels: Blog