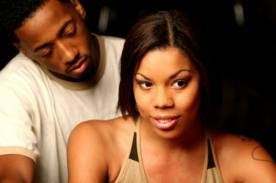 I know someone right now is saying “wants”? Does one who “wants” really do these things or is it the man who loves? I use want for affect, having said that don’t get it twisted, it all boils down to a love that is unconditional, focused, committed, mature, and willing to be tested in order to see those fiery embers burn for a life time.

As a friend of mine always says, “He says what he means,” And I say, “he means what he says!”

The reason why that statement is so important is because too many times we as women and our well-meaning friends tend to negate what a man has said and have had some very sad conversations that go something like this: “Girl you know he didn’t mean that.” Yes, he did! Don’t get it twisted!  For sanity sake you better start embracing that. If he meant something different let him be the one to correct it and not you, your mother, your girlfriend, or your co-worker.

Here are some salient points to ponder:

o    Slower is better. Never live your life for a man. Always live your life to the glory of God. There are considerations we are to give for our husbands – as he is our first ministry it’s just the key word is husband. To many of us give a man (our boo, our boyfriend, our significant other) benefits that were only mean to be given to your husband.

A male friend just texted me last night with these sentiments: “Always remember in the animal kingdom a male will do everything to attract a female of his desire. If this sacrifice is not made a female should recognize and know if he doesn’t give his all in his pursuit, he won’t give his all once in the relationship.”

Remember, regardless of what you’ve experienced, all men are NOT dogs and it’s unfair for you to treat them as such or label them as such. Each man is an individual and should be judged individually by their own merits.

You need time to heal between relationships...there is nothing cute about baggage... deal with your issues before pursuing a new relationship. You should never look for someone to COMPLETE you...a relationship consists of two WHOLE individuals...look for someone complimentary...not supplementary.

I am sure you get the point – You need to understand your value, your worth, and you need to set standards in your life that complement those beliefs. You are fearfully and wonderfully made, marvelous are God’s works that my soul knows very well and so it should be with you!! I pray for a healthy, God-centered relationship that is laced with love, grace, mercy, and of course PASSION!