You Can't Handle the Truth!!

I make this statement to get your attention. I had occasion to speak with a young man who shared with me how troubling women seemed to be in his life. He shared with me how he wasn’t interested in a committed relationship and yet after sharing this with women even though they claimed to accept his status, when the relationship came to an end, they would get very angry as though he had never said from the beginning, “I’m not in this for a lasting commitment, I’m simply in it for some fun and laughs.” 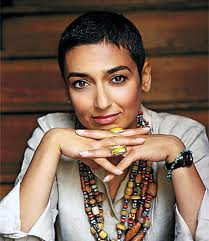 Now some women, when I shared this story said, “then he needs to get out of the game.” And I thought that’s just it, it wasn’t a game. He made it clear it was simply what it was, fun and closure. Maybe the difficulty in this is, since, he, it would appear, was holding all the cards, he got to choose how it started and he got to choose how it ended, or did he? I ask or did he hold all the cards because isn’t it the truth that she could have ended the, whatever you call it, at any time too? My niece, Briana said, “she could have said at any time, to the left, to the left.” And maybe if she had also had the attitude when it ended, as it was clear that it was destined too she could have taken on this attitude as my niece reminded me also, “if you want to leave be my guest you can step.” (These are words from Beyonce’s song Irreplaceable – don’t you ever get to thinking your irreplaceable.) The caveat to this is it must be her reality. Her reality you ask? It cannot be just words, it must be her truth - the truth that she too was in this for fun and laughs and was prepared to “be okay” when it ended.


The problem with those scenarios is the operative transition word “but”, or rather the exclusionary word “but”. But means what I just said is not what I meant, or in the case of women, heard or accepted. My reality will be the latter part of my own personal mental conversation, “I can change him, he didn’t really mean that, once he gets to know me he will want to be in a commitment.” 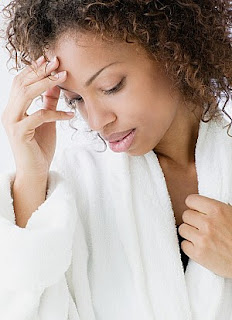 Because as women having a tendency to hear what we want to hear and believe what we want to believe we find ourselves writhing in pain, disillusionment, frustration, bitterness, and anger and unfortunately we are the master/mistress of our own personal hell. We are angry at men and it drips from our very pores, it drips from our lips, it’s laced with poison as we encounter other men and subconsciously hold them responsible for our pasts when in truth, in this instance, we must be angry with ourselves.


I have learned in my life, and I hope it is with you, that I must accept what anyone says to me as the truth, theirs and my reality, until they not only say something different but their actions replicate their words. As Jack Nicholas in A Few Good Men said – “you can’t handle the truth.” If you can’t handle the truth then don’t delve into something that not only can’t you handle but don’t delve into something you’re not prepared to handle. There’s a saying, “I said what I mean and I mean what I say.” Let that be your mantra. 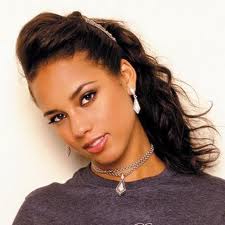 So if you want to be whole ladies, and as pain free as possible, accept the package as presented and decide whether to keep it and all that comes with it and deal with it without complaining or reject it at the door with a stamp return to sender not welcomed or wanted here – to the left, to the left, to the left.