The lost pearl – A timeless appeal 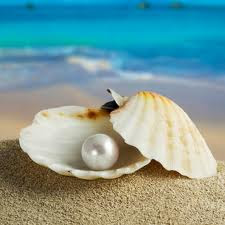 Since ancient times, the pearl has been a symbol of unblemished perfection. It is the oldest known gem, and for centuries it was considered the most valuable. A fragment of the oldest known pearl jewelry, found in the sarcophagus of a Persian princess who died in 520 BC, is displayed in the Louvre in Paris. To the ancients, pearls were a symbol of the moon and had magical powers. In classical Rome, only persons above a certain rank were allowed to wear pearl jewelry. The Latin word for pearl literally means "unique", attesting to the fact that no two pearls are identical. In another four part series I will endeavor to explore the precious existence of woman, likening her to the precious nature of the pearl and delve into our physique as to where we as women have misplaced our value.


It is not a coincidence that I chose the pearl as it has huge biblical connections, as you will see as these articles evolve.  The lost value of women will be linked to the precious nature and quality of the pearl. In the beginning of creation men and women were given equal dominion over all things. Even though Eve became the central focus of the fall of men and women 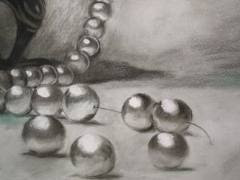 having committed the one sin God had admonished not to, it never changed the value God placed on women. His design for her never changed. He found great value in she, woman. He found such value that the scripture makes mention how he fashioned her. He took great care when he shaped her hips knowing they would need to carry the children that were to multiple the earth. Prior to making her he sized up Adam looked at his strengths and his weaknesses from there realizing that there was no one suitable for the man, he shaped her to be his perfect help meet, someone designed to complement him. Woman is spoken of affectionately through scripture. Glimpses are given to us of women who God honored and many men took time to mention in scripture. 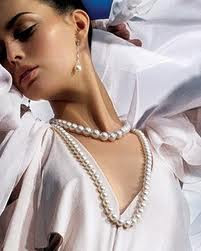 There are a myriad of wise women; there was Ruth who did exactly what her mother-in-law told her and honored her with not only her mouth but her actions and we see one of the greatest marriages take place, linked to the line of Christ. There was Esther who was wise enough to see that no one except the Eunuch seemed to be worthy of her obedience and instruction. With that wisdom she became queen and saved the Jews. Hannah realized that the only way to open her barren womb was to absolutely surrender herself and the first fruit of her womb to God, from that realization and acceptance her womb was opened to not only one of the greatest prophets to lead Israel but God also gave her other offsprings. Samson’s mother who never having had children trusted God and bore the strongest judge Israel ever had, the Shumanite woman who trusted Elijah during a famine and ate to her full until the famine ended, Rahab the prostitute who took in the spies of Israel securing a promise of safety for herself and her family, Deborah the woman judge and prophetess, Moses wife who warned him of his failure to circumcise his sons, saving his life, and Abigail, wife of Nabal using wisdom to save her family and slaves by going to David excusing the actions of her husband. The list can go on the importance is for you to delve into the lives of these women in your personal bible study time and embrace the role they’ve played in the wellbeing of their community and their family. 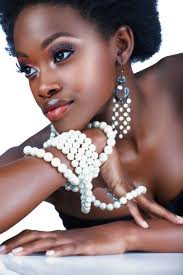 As we began the pearl is unique. The history of the pearl tells, similar to our fingerprints, there are no two pearls alike. This Almighty God with an infinite mind made both and yet with all possibilities we know that He is so phenomenal in His design that in all the world, when making woman, he made no two alike. So why do we look at other women and desire what they have? Why do we look into the mirror and find fault with what we see? Why do we second guess our greatness? Why do we doubt the ability to be loved? Why do we underscore our abilities? Why do we hate ourselves? The simple answer is we have forgotten our true value and in order to revive and thrive we must reconstruct our true value and then learn how to maintain it.

Stay tuned tomorrow for the second of four parts, “Cast not your pearls amongst swine.”