Do You Really Want to Hear the Truth from a Man?

I ask this question because I had a great conversation with a very eligible young man, 25 years old, attractive, a gentlemen, no children, educated, and holding it down with a job, seeking a career in finance and he loves the Lord. I happened to ask him, “who are you in a relationship with?” He made the statement, “I have several female acquaintances. But I am not seeing anyone exclusively”. His mother seemed to think the truth wasn’t being told as she said, “that’s not the feeling I get from the women in your life.” He followed up with, “Is my fault? I have told them all that I not exclusive, if they choose not to take me at my word what more can I do?” I sat there and thought, “How right he is!” Then my follow up thought was, “why is it that they can’t take him at his word?” I know right now some of you are saying, “because his actions speak louder than his words”. We must dissect that statement. I will give you that there is probably some validity to that statement, but does it really tell the whole story? Some people take being kind and a gentlemen to mean “he must really care about me more that he is letting on.” Sometimes we take the fact that a man spends time with us and treats us like we are the most important person in his world at that moment to more than what we see on the surface. It must go deeper, right? Does it? Ladies let’s admit it, we simply lose our minds. We will take the fact that he remembers things we like, things we’ve said and buys us nice things to mean more than what he intends. I have news for you, treating you as though you are the most important person in the room, having eyes only for you when in your presence, treating you with kindness and consideration should be the norm and not the exception. The man I just described would seem to be an eligible man, and with the pickings so slim, and the anxiety of being able to “land” such a catch, seemingly overwhelming, an individual might take the position, “by whatever means necessary” to get this man. You must first understand that taking this position might be a straight turn off to him, and bring about the drama he so fearfully dreads? Is it possible because he seems, perfect, that we are blocking out what he’s saying and that we are spending our time trying to snatch him up and make our relationship exclusive? Is it possible that we refuse to hear what they’re saying because we are pursuing what we really want? This is obviously another introspective moment (see article Are You Who You Portray Yourself to Be). Because, if the truth be told, he is being true to you, because, he is seeing other women. 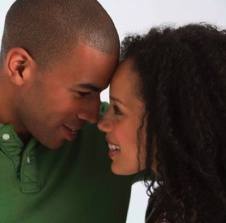 In order to maintain sanity, and not dislike the other women in the running, we must like him, not allow ourselves to be exclusive. Don’t shut out other potential opportunities because you’ve locked your sights on “this one”. He may not be the individual that is meant to be yours. Like him, you should not be putting all your eggs in one basket but allow yourself to see all possibilities, because trust me, if he is playing hard to get, if he is toying with you, if he is simply trying to be a player, your treating him in the same manner will snap him into reality and have him come to the realization that two can travel down the same road. I refuse to use the statement - two can play at this game, because relationships are not a game and shouldn’t be treated as such. As said to the Rabbit on the Trix commercial, “silly rabbit tricks are for kids”. As Paul stated, when I was a child I acted like a child and behaved as child, but when I grew up I put away foolish things. This is a grown up encounter and must be treated on the level of grownups. 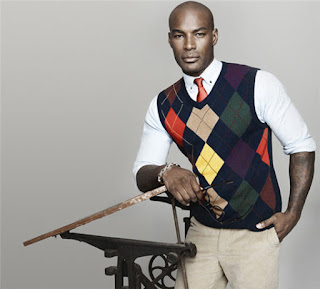 Take this for example. A man meets you and says, “Umm wonder what it would be like to “get” with her?” The woman says “Oh he’s nice looking”. You agree to go out on a date. The guy is still wondering what it would be like to “get” with her and the woman has moved on to wondering what her last name will look like with his. Several dates later the man, if he hasn’t already succeeded, he’s still wondering simply, what it would be like to get with her. She has moved on to what her wedding day will be like, what their first house will look like, and what their kids will look like. Finally the man gets to experience what it’s like to “get” with her and his curiosity is cured, next. The woman is left hurt, feeling abused, used, and downright dejected. Question, was there a promise of anything more than what you got? See this encounter only took place maybe over a period of one month, if that long? We are so quick to give “it” up instead of being quick to make sure that this man is the man chosen by God for us.
Back to what I was asking in the beginning, do we really want to hear the truth from a man? When a man says he doesn’t love you, stop letting your girlfriends in the peanut gallery tell you differently. How many times have you heard, “girl you know he doesn’t mean that”. “I’ve seen how he looks at you”. Let the man tell you he didn’t mean that and thoroughly explain to you why he said it in the first place. But until then you take him at his word. We are not physic, we have no crystal ball, and we cannot step into the mind of the man or read his heart to genuinely do any better than to accept him at his word. We are told in scripture that they truth will set you free. The truth may hurt, but the truth also set’s the framework for further encounters. What is really more hurtful a man who lies about seeing other women or the man who tells you up front he is seeing other women? I know you know the answer, the man who lies, because at the end of the day the man who told you the truth gave you no false expectations. He allowed you to enter into this encounter with your eyes wide open. So once again we end with an admonition, do not be the victim, but the victor. Don’t be angry with men who tell you the truth up front, celebrate them, embrace them, applaud them for being honest and giving you the room and the courage to do what is in your best interest.

In closing something to think about, this young man explained to me why he was being so cautious. He told me he had watched his mother go through several unhealthy relationships and witnessed the impact they had on their entire family, and he is committed to ensuring that when he is genuinely ready for an exclusive relationship then he will completely make himself available in all points to that woman and bring a lasting stability into their center. So you see ladies, it’s not always some darkness within that has a man being cautious, or that he must be gay because he shows no interest in you, but there is an inner spirit that truly understands what it means to be exclusive and rather than hurt he chooses to do no harm.
So I leave you with this, do you really want to hear the truth from a man? For sanity sake, for health sake, and for love sake - you had better say yes!!
Email ThisBlogThis!Share to TwitterShare to FacebookShare to Pinterest