We Need A Spiritual Revival!! 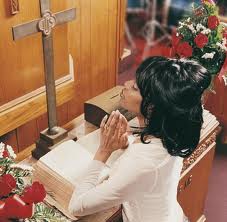 Just look around you and you will find Christian's (at least those who consider themselves Christian's) walking in a defeated manner. They have been following many televangelist and are getting their marching orders from them without taking the time to research the information they have received.

To many Christian's want a microwave popcorn religion. They want a message that tickles their ears, and not a message that speaks to their heart, convicts their conscious, and turns them around front and center with a Savior who is equipped to deal with every issue we encounter.

There was a time when being a Christian (don't challenge slave time look beyond that) when because of the very existence of true Christian's the moral barometer for this and every country had a standard. The standard has left. You can't tell a Christian from a non-Christian. It's like the days of the prostitute, you could look at her and just by the way she dressed you knew, "ah that's a hooker". Now our children are dressing just like hookers and we say they're just expressing themselves, but you can't tell them from a hooker. Modesty has been replaced by a new free spirit, that is justified in the churches, if not justified tolerated. 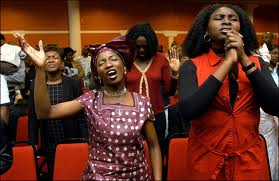 No one takes Christian's seriously because we get stuck on two issues, abortion and homosexuality and we don't address the weightier issues, holiness, righteous, taking care of the poor, the motherless, the fatherless, widows, and orphans. For the most part, we don't care about the homeless, unless it's Thanksgiving or Christmas. We don't even know what's going on with the next Christian right next door because we are so caught up in self.